A Week of Outfits: Natasha Pickowicz 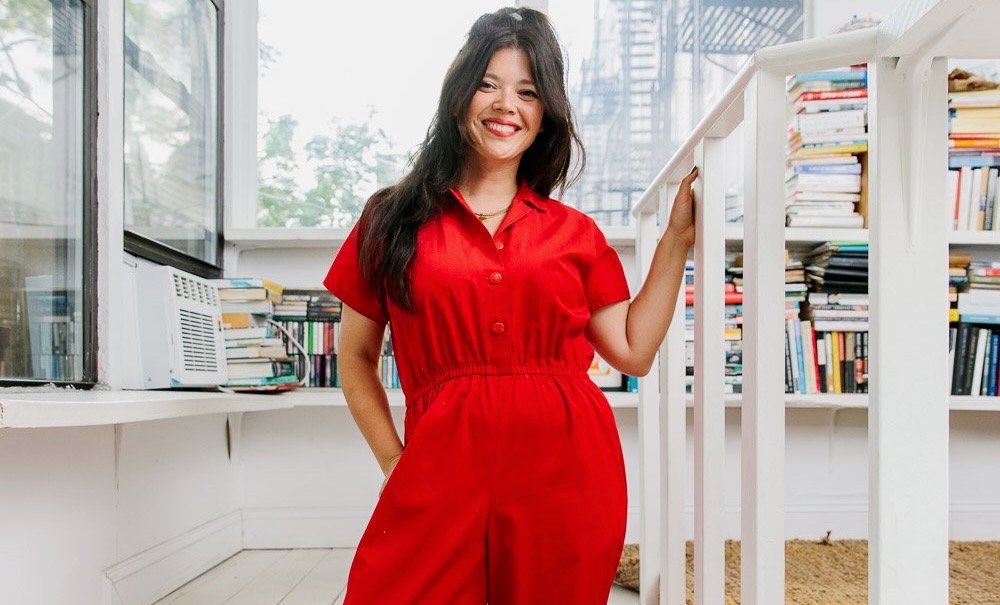 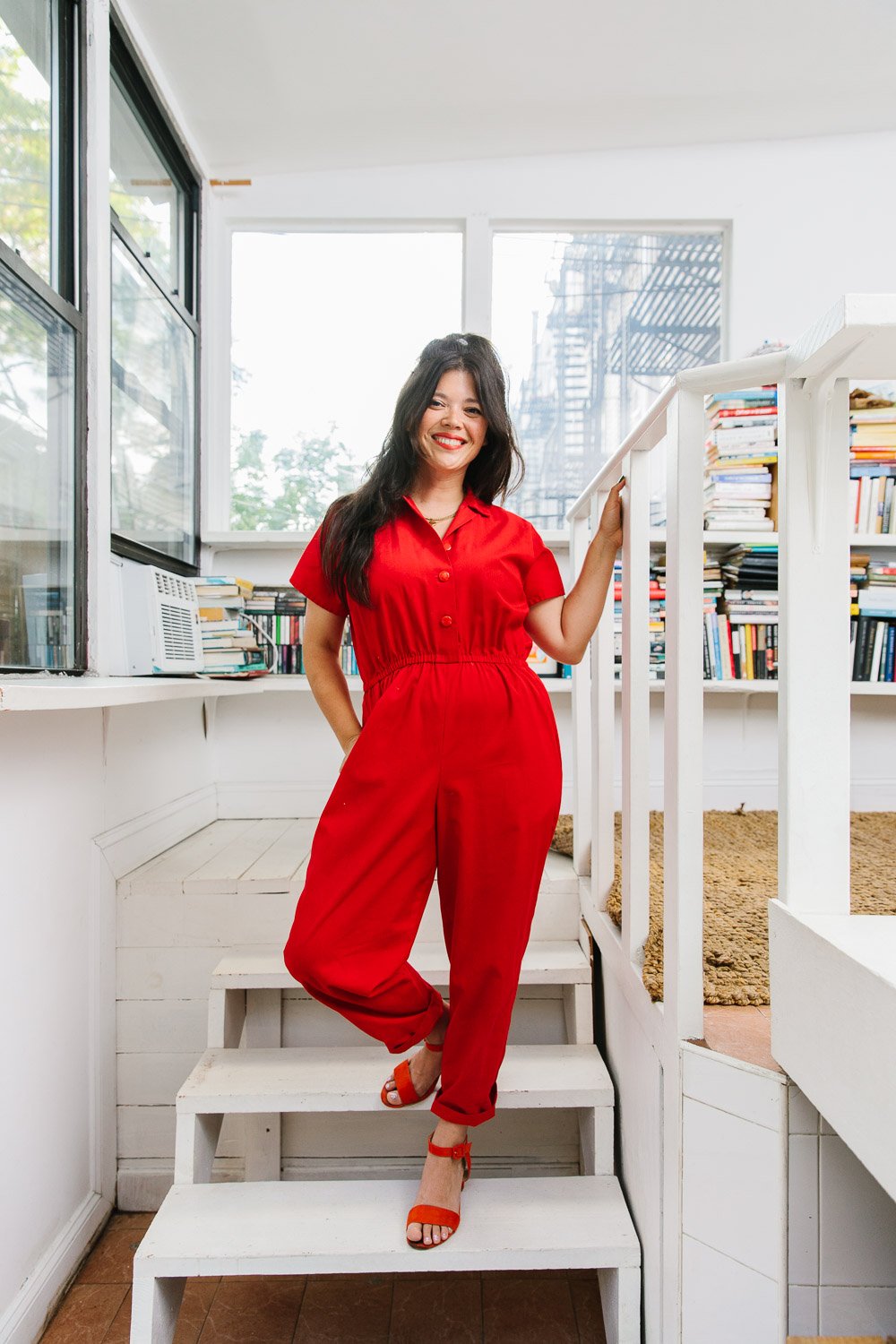 “Sza is on that list, that’s insane!” pastry chef Natasha Pickowicz laughed when I asked her how she felt about being featured in the Time100 Next. She has developed a devoted following by hosting Never Ending Taste, pastry pop-ups featuring NYC chefs and cookbook authors, to raise money for local New York City nonprofits working to fight food injustice and insecurity. In total, with funds from pastry pop-ups she has helped run since 2017, Natasha has helped raise more than $180,000 for local and national non-profits. “Baking communities can bring visibility to social justice work,” she says, “And that’s amazing.” Here, Natasha (of tater tot fame) shares her five go-to looks and her adorable cat…. 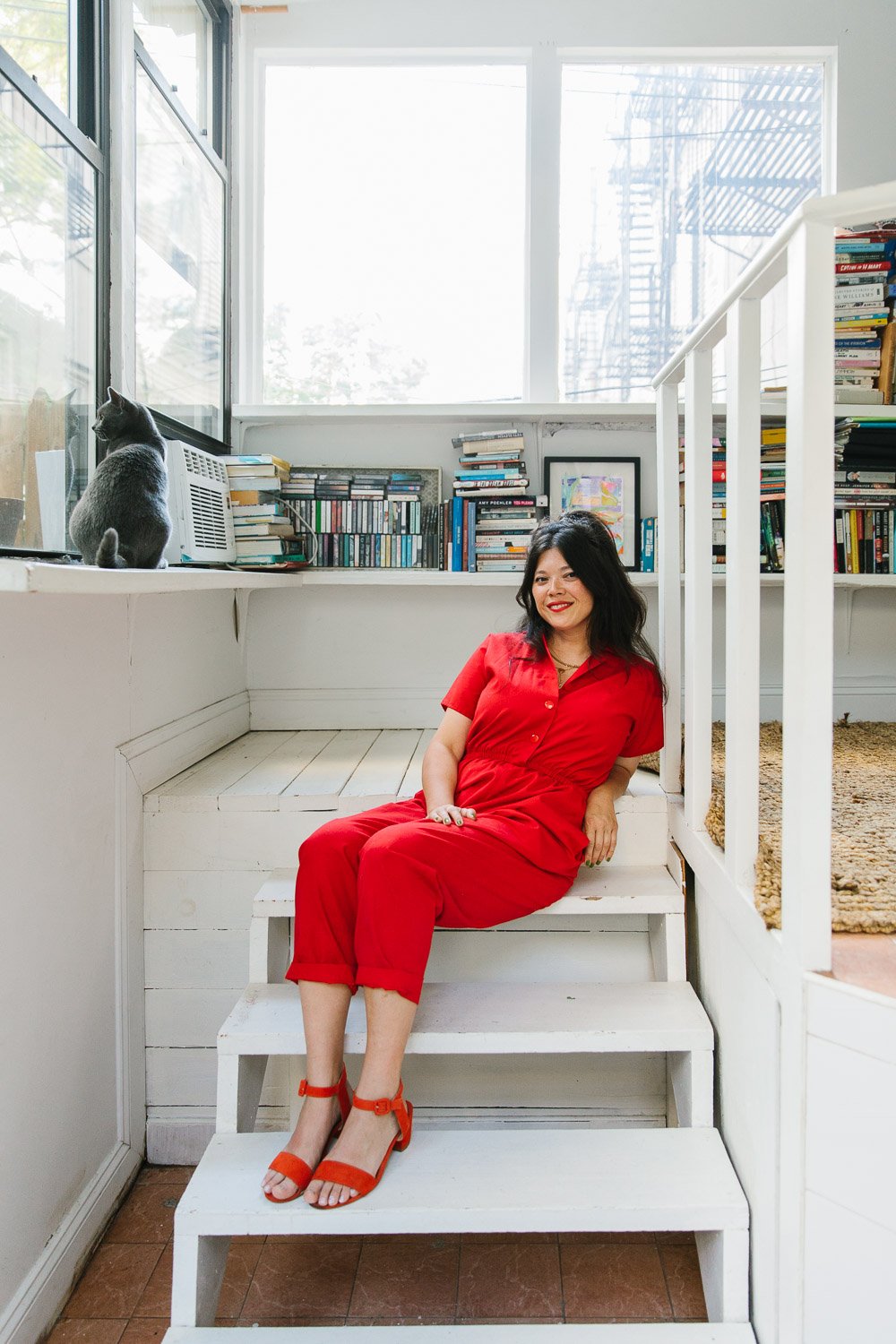 “Red is such a powerful color for me. In Chinese culture, it represents love, celebration and the new year. I thrifted the jumpsuit for $20 and have worn it for the past 10 years. The shoes are from Loft. Their shoes are well priced and SO comfortable. After I gave them a test run, I ended up buying two more pairs. When I find a piece I love, I’ll buy multiples — I picked up that habit from my mom.” 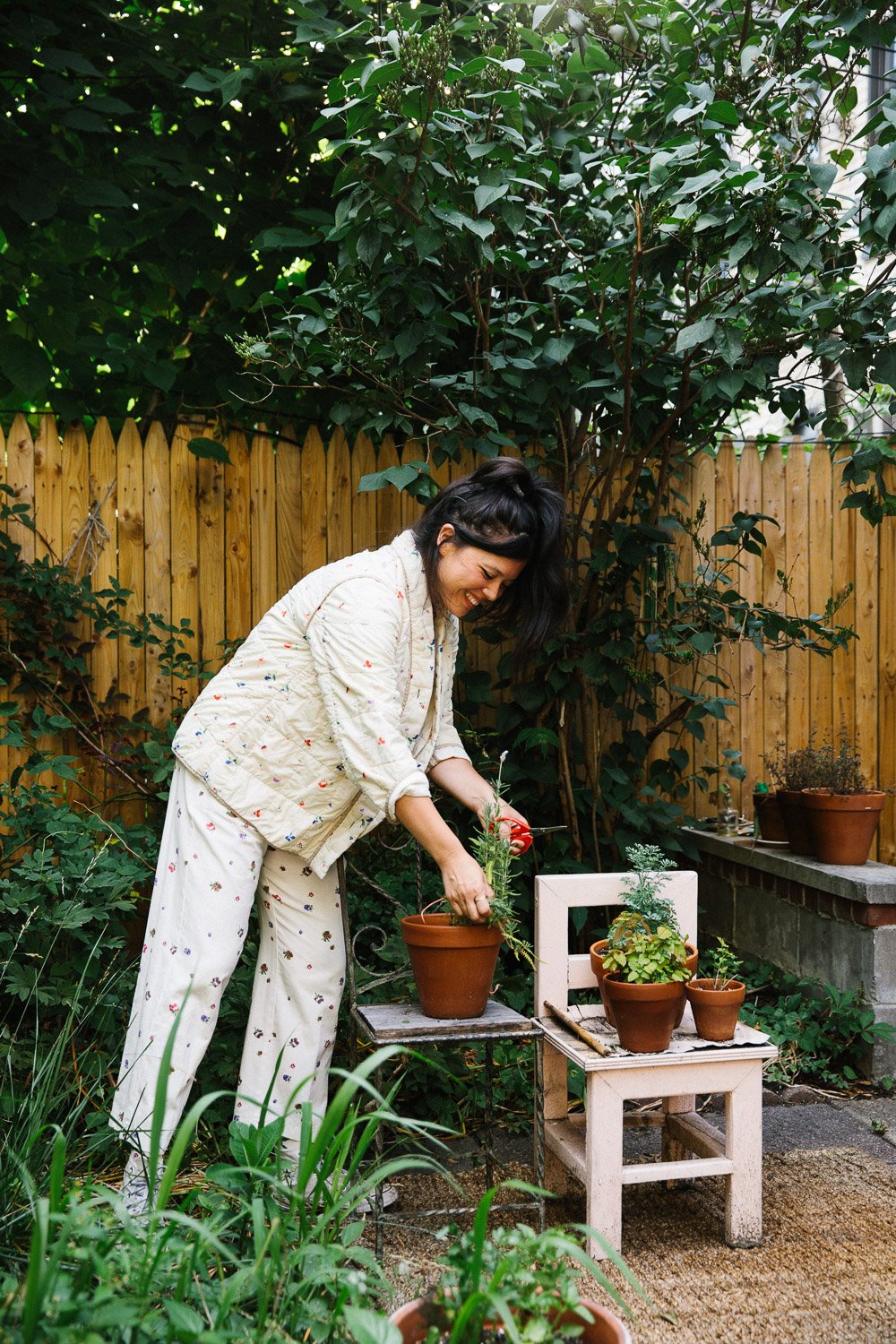 “I grew up in San Diego playing sports and wearing a school uniform. To this day, I love a uniform. When I started cooking in restaurants, I felt huge relief being able to relax into the identity of the restaurant clothes. I find a lot of comfort in putting on the same thing over and over.” 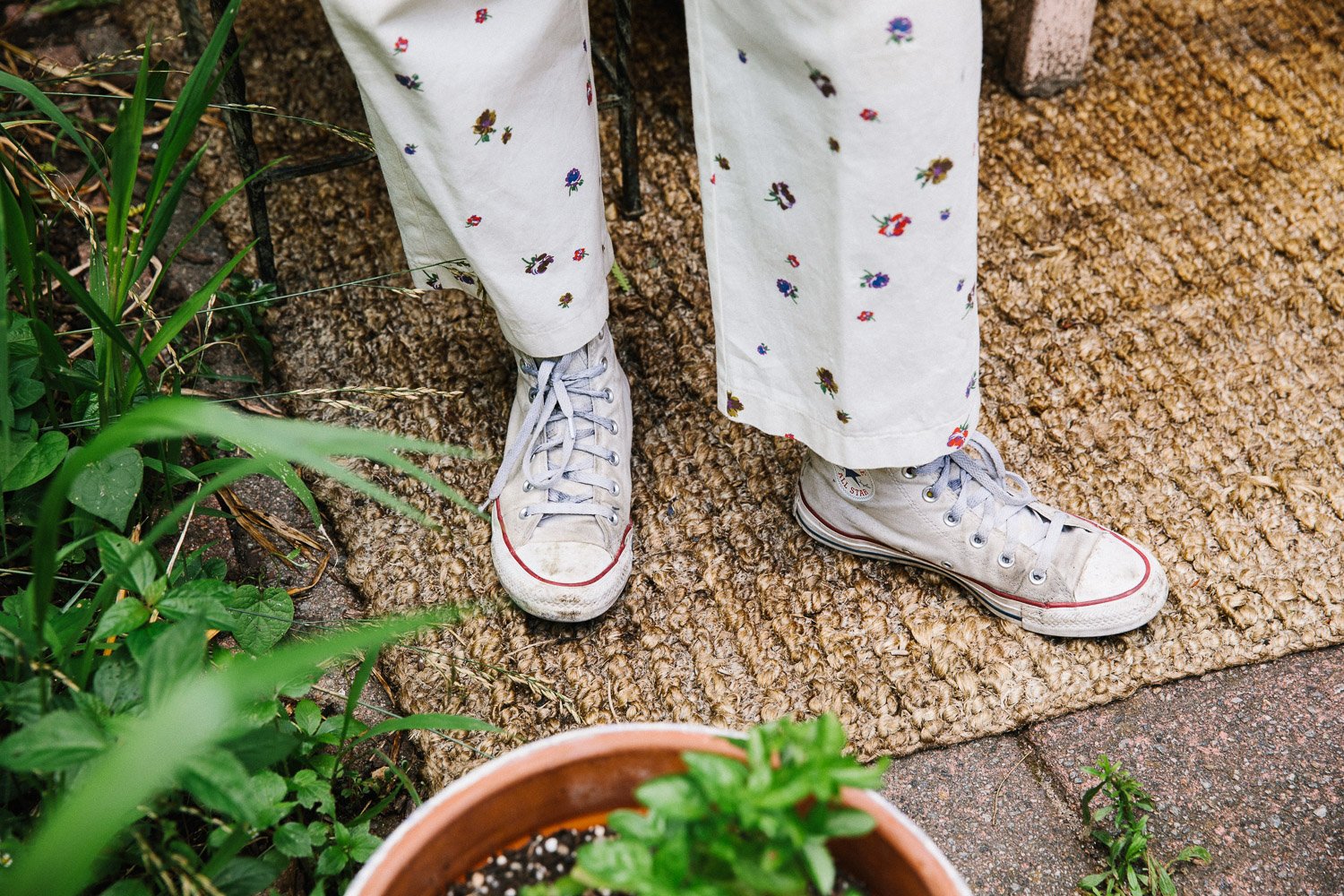 “At 37, I’m becoming more aware of how clothes can serve you. I love utilitarian kitchen pants you can move around in and shoes that don’t make your feet hurt when standing all day. Now that I’m not working in restaurants, my everyday uniform is pants with a loose top. And I like patterns that feel feminine, like gingham and florals.” 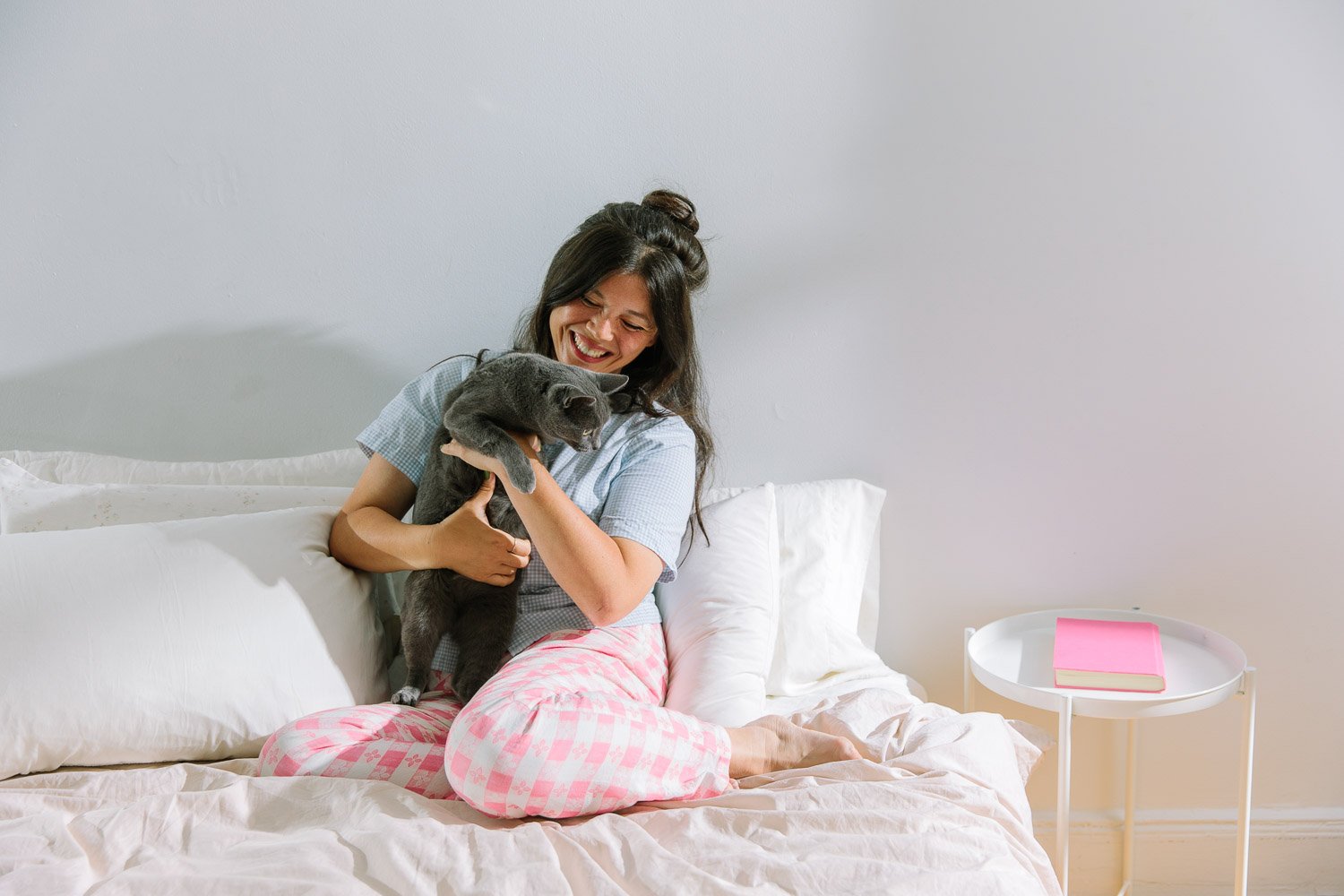 “I’m a total cat person. After Covid started, a friend moved and offered me their apartment. It had a big backyard, so I moved in, and that same week I adopted Tini from a local rescue called Whiskers-A-GoGo. I named her Martini because the rescue employees told me she has some Russian Blue features. And she looks like a slippery cold vodka martini, which is my drink when I go out. I’m obsessed with her.” 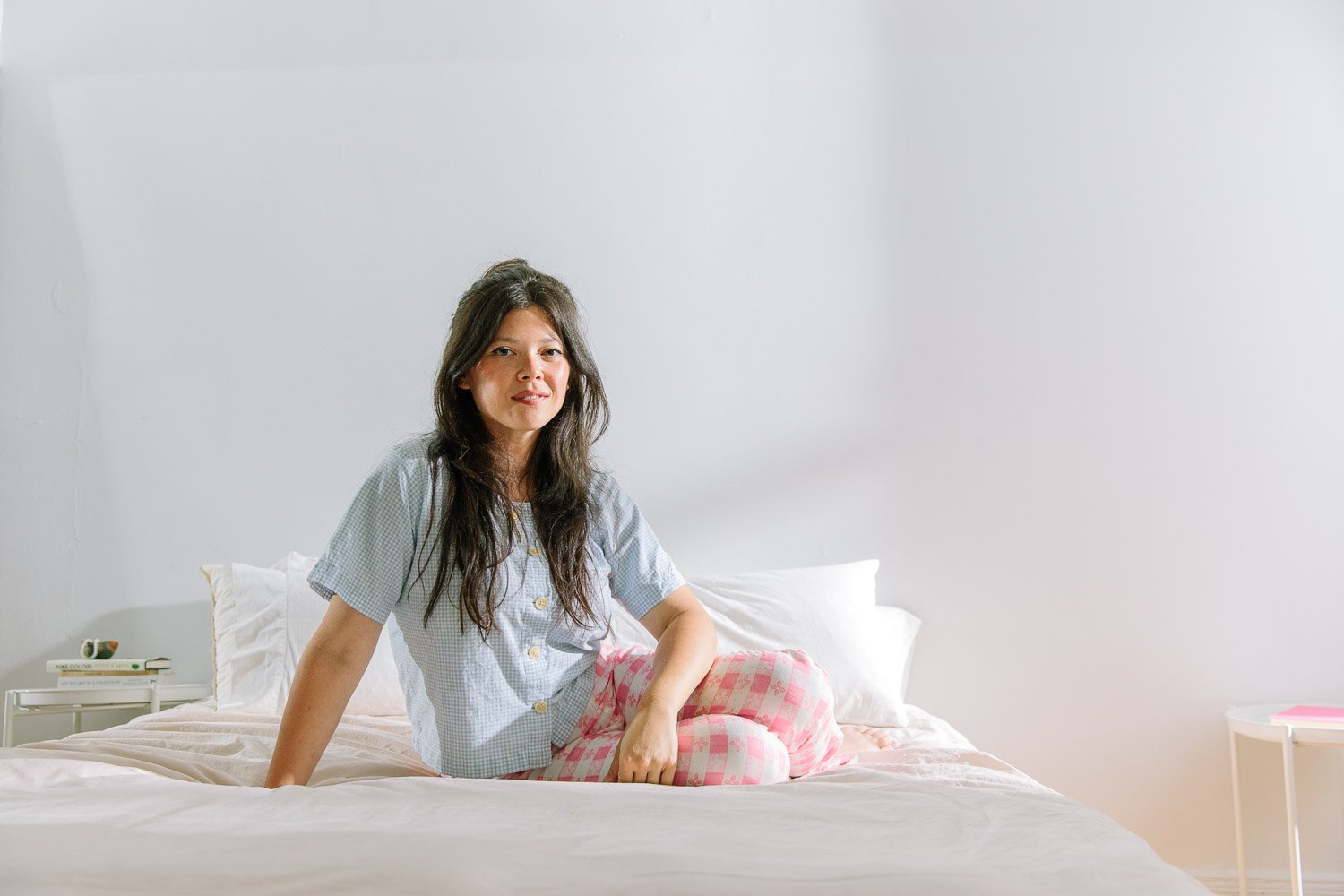 “Three of the major bake sales I did were for Planned Parenthood. In 2019, as a nod to their colors, I wore this flouncy, Barbie pink silk dress. I remember worrying, Are people going to think I’m trying too hard? Is this too frivolous? After working back-of-house in restaurants, I wasn’t used to being out in the center interacting with people. But it was one of the most incredible days of my life. It felt good to be seen, and I was really excited to be doing what I was doing. That experience helped me realized that these bake sales are a time where I deserve to dress up.” 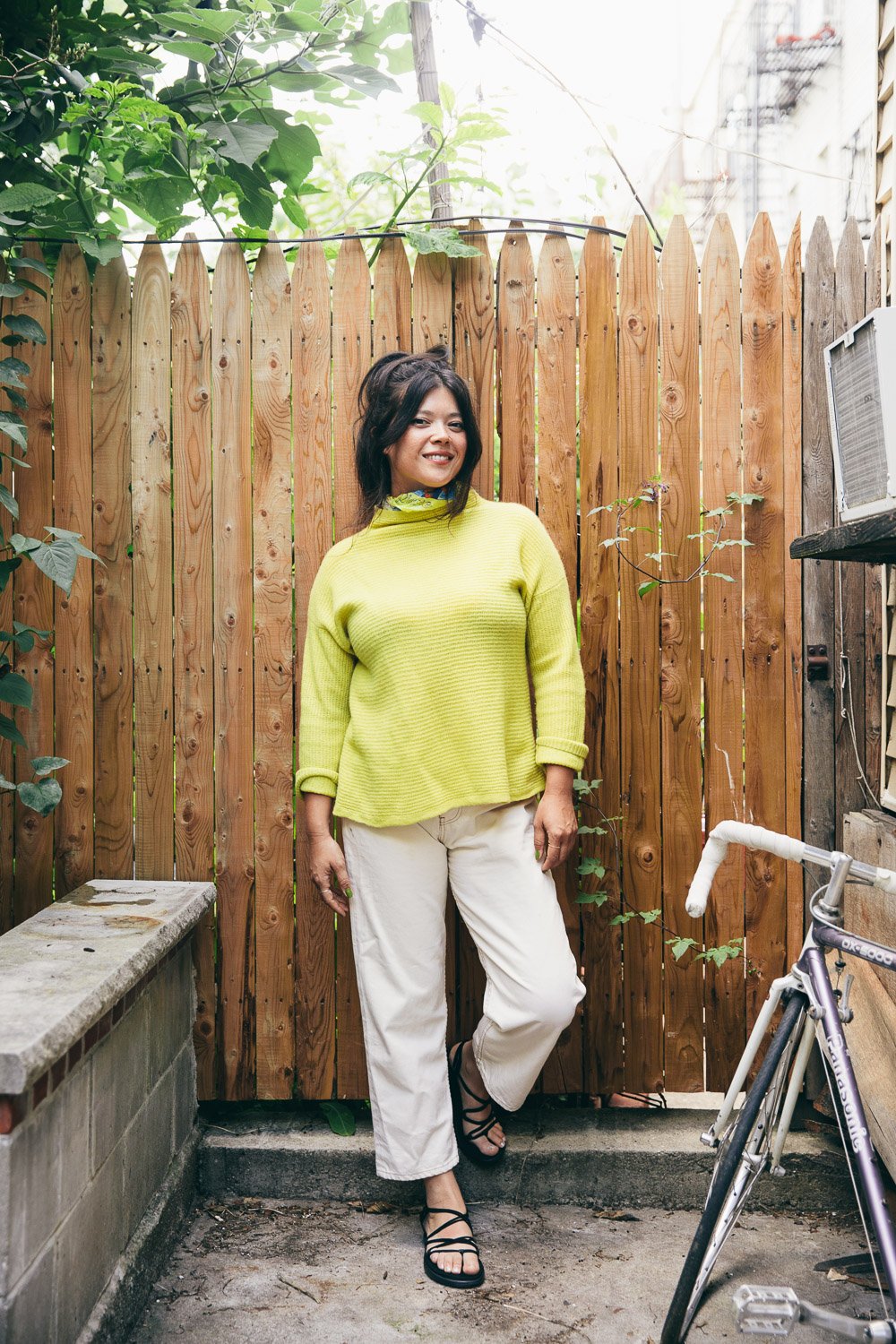 “If I think honestly about my style, I’m still reconciling with how I’ve felt about my body. Growing up, I absorbed a lot of cultural and generational expectations around dressing — my mom always said I should wear clothes that were ‘flattering.’ And flattering is code for looking thinner. So, I was always dressing to fix my ‘flaws.’” 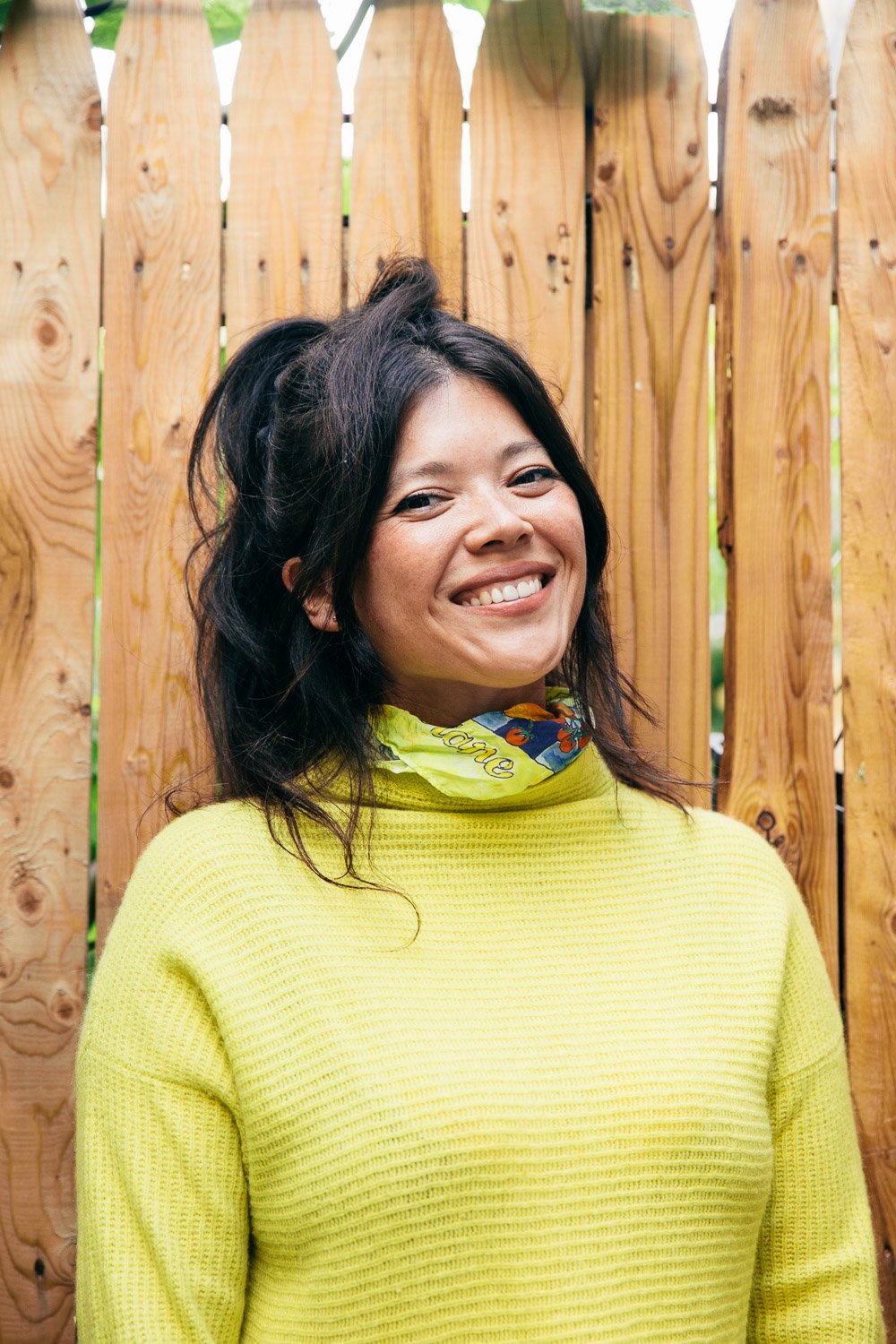 “I grew uncomfortable wearing sleeveless tops or clingy fabrics. I remember feeling self-conscious about the size of my breasts and always wanting to hide in shapeless clothes. But I love color and patterns, and now I try to approach fashion in a comfortable way. I still won’t wear a tube top or anything — maybe that enlightenment will come for me later — but I try to wear the things I feel good in.” 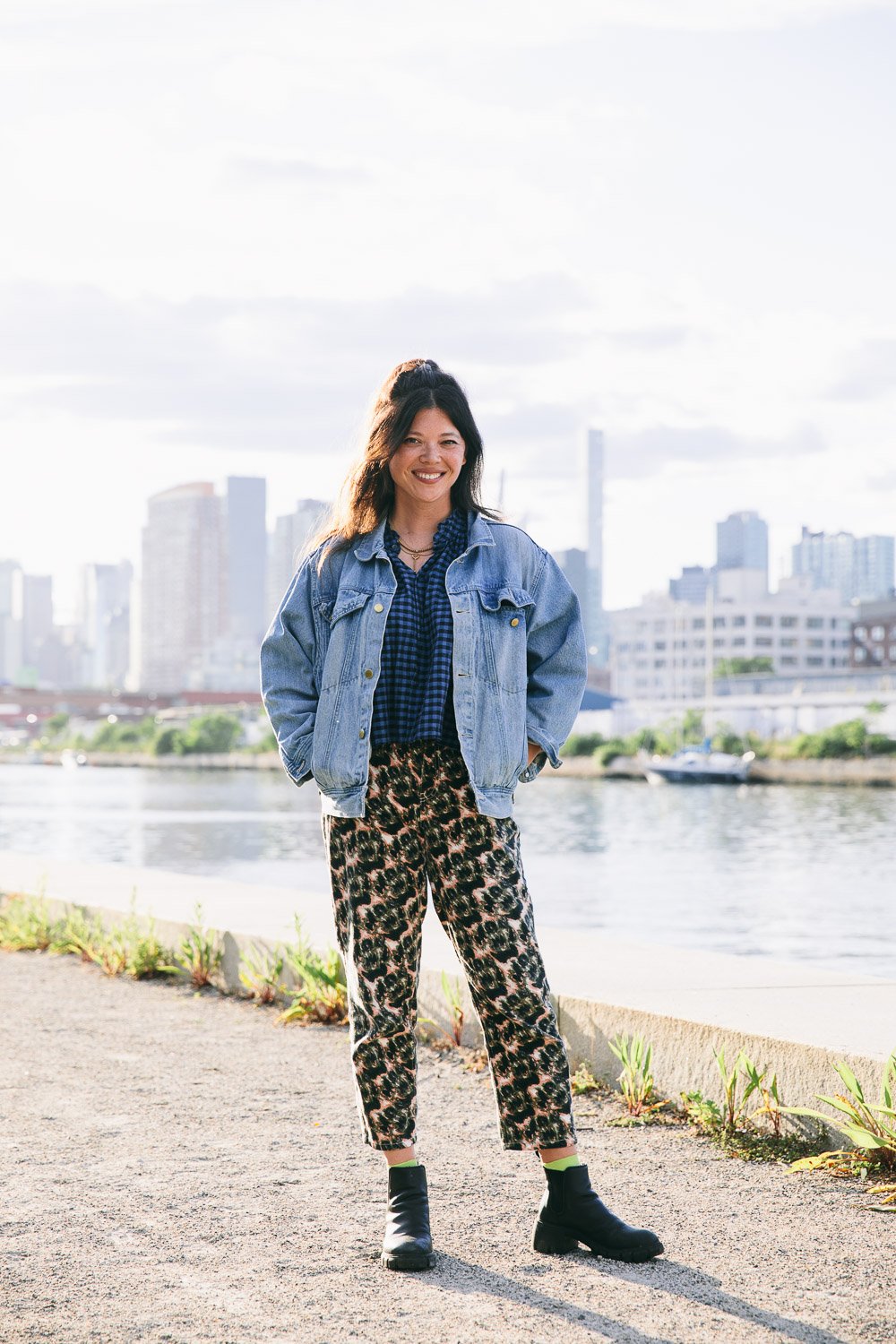 “In New York, I see so many cool silhouettes, especially on younger people. I can’t believe high schoolers will walk around without a bra or with their belly out. It is incredible. Gen Z gives me so much hope. They’re so confident, so savvy, and they take no b*llshit. It gives me chills. I’m obsessed with all the bodycon shapes they wear that are almost intentionally not ‘flattering.’ All the cut-outs, the key-holes, and ruching. The poise that it takes to pull off those outfits, it’s badass.” 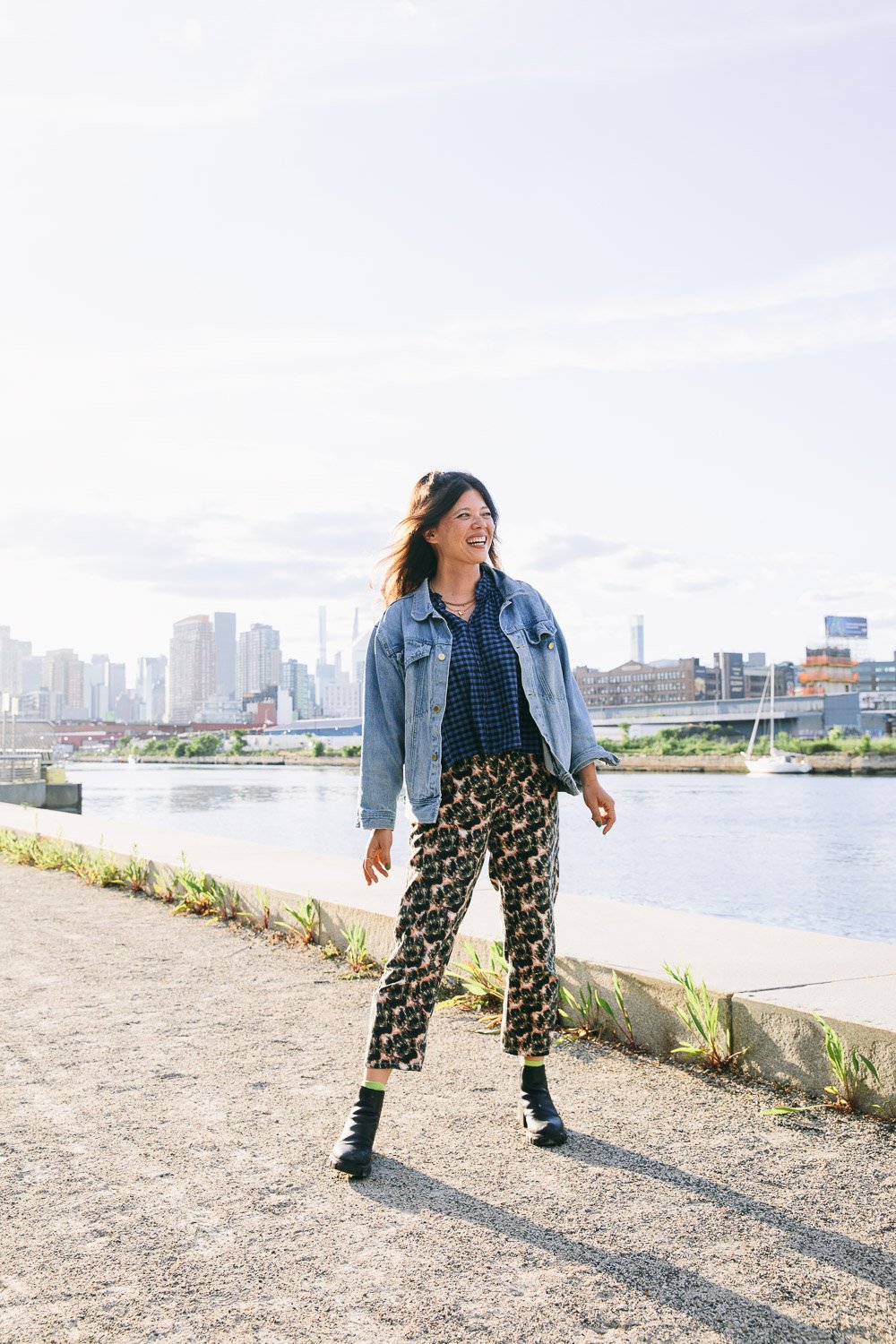 “For the past two years, I’ve been working on my cookbook, More than Cake. It’s the hardest thing I’ve ever done. I studied English lit and always had this fantasy that I’d write a book, and I found my way back to writing through pastry. It feels very personal and vulnerable. We shot some photos in my parents’ house in San Diego, it features some of mother’s illustrations, and there are multiple photos of Tini. I want people to feel like they hear my voice, so I’m just going for it.”

Thank you so much, Natasha! Pre-order her cookbook here, if you’d like.

(Photos by Christine Han for Cup of Jo.)

Note: If you buy something through our links, we may earn an affiliate commission, at no cost to you. We recommend only products we genuinely like. Thank you so much.