Take the “Before” Tour of Our Malibu Beach House 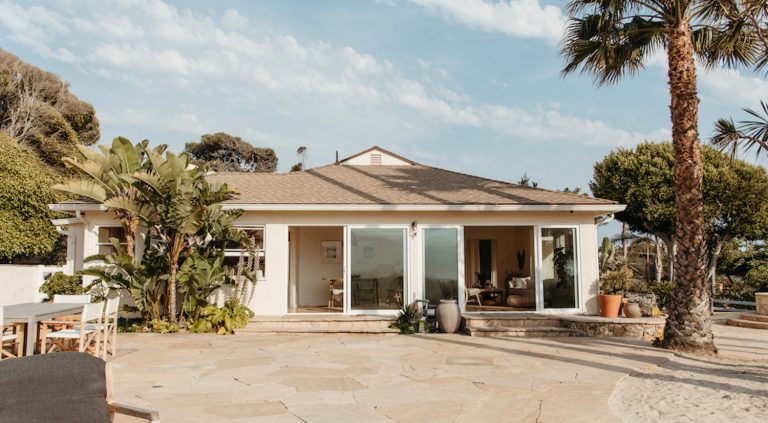 Sign up here to get monthly #ZumaBeachHouse updates delivered straight to your inbox. First up? Answers to your frequently asked questions about the property, as well as the full “Before” tour.

Since we’re getting ready to dive into renovations on our beach house in Malibu, it felt like a good time to drop in with some “before” shots of the current house, as well as answer a few FAQ’s that I’ve gotten from you guys since I shared about the renovation last month. So, let’s get to it! First up:

How did you find the Malibu house?

I answered this question in our Breathing Space email, so if you’re a subscriber, feel free to just scroll on and enjoy the “Before” shots… otherwise, why not sign up here? Here’s a recap:

The story of Zuma Beach House starts during the first few months of the pandemic, with our family locked down at home in Austin. With so many distractions eliminated from our day-to-day, we found ourselves taking a fresh look at the choices we were making with our lives. Though Adam and I had talked for years about having a vacation home at the beach, it was always in the context of someday far off in the future.

But with the pandemic came a new level of flexibility—no longer did we have to be in one location to function in work, school, and life. Plus, we’d recently sold our studio space in downtown Austin, and were ready to jump into another project. Suddenly, we questioned why we weren’t actually doing this thing we’d been talking about for years.

Instead of waiting for “someday” in the vague future, could we start moving toward our big dream right now?

Above: photos from the MLS listing when we first laid eyes on the house, 2020

The next thing we knew, we were online looking at real estate on the north end of Malibu. As we searched, there was this one 1950’s bungalow listed on Redfin with a crazy floor plan that we kept coming back to. It had some issues, but it also had sunset views over the Pacific, doors that welcomed in the sea breezes, and citrus and avocado trees. When we got an alert that the seller dropped the price, we booked our flights, and 48 hours later, we were headed to see the house in person. The rest is history. (Actually, it was followed by a crazy stressful few months of trying to make it work, but I’ll spare you the details. Point is, we miraculously got the house.)

That was in August 2020, and since then we’ve been working with our architect, Doug Burdge, to reimagine the house and transform the floor plan into a space that’s more reflective of our vision and conducive to our family’s life.

Why Malibu? Do you have family there?

Nope—Adam’s from San Diego and I’m from Texas, but we’ve both been in Austin for over 15 years and (wonderfully) our family’s mostly live in Austin, too. However, even before we knew each other, both Adam and I have felt a pull towards the West Coast. I remember the first time I visited LA when I was 18. My brother had moved to Santa Monica, so I spent a week exploring the city and remember feeling such an instant connection, ease, and just “at home” feeling immediately.

In the years since we’ve been married, Adam and I have spent more time in Malibu together. Anyone remember this Malibu trip from back in the archives? I think that was the beginning of my love affair… and later, spending the day at Shelley Armistead’s home and then with Helene Henderson… We both felt a connection with the surf vibes and nature-focused way of life in the north part of Malibu. Here, it’s more about surfing, farms, and hiking trails than it is about paparazzi. There’s a great burrito place, a local grocery store that makes amazing smoothies, a surf shop, and not a whole lot else. We shop at the local farm stand and sit around watching the stars at night. The cell signal is terrible—just the kind of change from “normal life” that we’ve been craving amidst the crazy busy pace of our Austin lives.

above: the house as it is now in summer 2022 after a basic “freshen up” (mainly re-styling and IKEA finds) to get us through the pre-renovation period

Where is the Malibu house located?

As mentioned, it’s on the north end of Malibu, just north of Point Dume and across from Zuma Beach. We have several incredible beaches within walking distance or a short drive, and when we’re there, we spend time at the beach every single day—walking in the morning, attempting to surf, searching for shells when the tide is low. There are honestly not a lot of great restaurants around us, but that suits us just fine since it creates a daily rhythm that’s more about cooking our meals at home and often, inviting friends to join us.

What drew you to the current house?

The current house is a 1950’s ranch-style bungalow—although it has some charming elements, this house is really all about the property. It’s situated on just under an acre overlooking Zuma Beach, with towering palm trees and lush citrus and avocado trees. We’re on a quiet street with a horse farm as neighbors. The current house has some major issues that may have discouraged previous buyers (and that we had to carefully consider when we purchased the property.)

For one, there’s a large electrical pole smack dab in the center of our beach view. It’s definitely not ideal, but we’ve been working with the city to get it buried under ground. Almost two years later, we’re so close…it’s taken some persistence and a lot of patience, but I know it’ll be worth it. Another problem is that the house has low horizontal ceilings and a somewhat bizarre floor plan (the result of a not-very-thought-out addition) that somehow makes guests feel lost even though it’s only 1400 square feet. I remember the first time we saw it in person, we both laid in bed that night trying to sort out how in the world we could make the floor plan work. The answer was that we probably couldn’t, and unsurprisingly, our plans include demo’ing most of the interior walls to rework it.

However one major “pro” for the house is its natural light – every photo I take has its own beauty despite the brown granite countertops and dated flooring. When you’re there, there’s that feeling of being immersed in nature even when you’re indoors, and that’s certainly something I want to carry into the new version of the house.

What will the renovation include?

Our genius architect Doug found a way to keep the original footprint of the current house and make it make sense, but we’ll be reworking the interior rooms so that the layout works. We’ll also be adding a 1,000 square foot great room (a large open kitchen with living space) as well as vaulting all the ceilings so it feels airy and open. The 600 square foot guest house will keep its footprint, but we’ll be gut renovating the interior to turn it into a small but chic, boutique hotel-style one bedroom loft.

Be sure to sign up here if you want to get #ZumaBeachHouse updates delivered to your inbox! Next up, I’ll be sharing all my design inspiration, including the “design style” I’m going with and what materials we’re planning to use throughout the house.